In today’s article, we will take a look at the section dedicated to low MB games that take up little space on our Android phone or tablet. The powerful games AAA of Marvel or the classic Call of Duty weigh a lot, so, if we want to throw some games into something new and not spend much storage space, we have to opt for low MB games.

The Google Play Store has a small section dedicated to less demanding games when it comes to storage space. They are those types of low MB games that do not make excessive use of visual devices, but that certainly has devilish gameplay. Light games, easy to install, and usually with low battery consumption. 3 × 1, come on!

A true puzzle, in the purest Sudoku style. In this case, we have to move the different boxes to join numbers. When 2 identical numbers are found, they merge, increasing their number exponentially. As the name implies, the objective is to reach the figure 2048. A really addictive game that doesn’t even reach 10MB.

All kinds of bizarre simulators have become fashionable for a long time. This is a classic parking simulator (people today have fun with anything) extremely popular – more than 50 million downloads – for Android that weighs little and offers many hours of fun. It’s not bad at all.

Another low MB game of just 20MB with graphics that are not bad at all. In this case, we are in a battle between robots, whose attacks are established according to roulette of chance. More than 200 levels for a game that mixes strategy, RPG and action in a very original way.

The classic board game for the most awake intellects. The good thing is that it barely weighs 5MB, so if we are fond of chess this is an indispensable app that will not even detract from storage space on the phone or tablet. More than 10 million downloads and a very positive evaluation by users.

A game of the genre infinite runner or infinite career, with a really attractive character and stage design. It has several power-ups and a medium-high level gameplay. Perfect to play while waiting for the bus or going on the train on the way to class or work.

Never 14MB gave for so much. A bloody beat’em’up in which the characters are dolls like the mascot of the Bic pens. Entertaining action game with fun and humor in abundance.

This barely 5MB title is a strategy game with a touch of RPG and puzzle. A roguelike of those who hook you and you can’t put aside. Simple graphics reminiscent of the times of 16-bit consoles. Recommended for lovers of good challenges.

We start with a game in which we have to draw lines and polygons to bring a small red ball to its “basket”. A game in which physics becomes vital and our ability to predict the trajectory of the ball.

Pixel Dungeon is a roguelike or dungeon exploration game with a marked pixel art style that will delight RPG and retro game lovers. We will have to fight monsters, collect items, use magic, and all this to get the legendary charm of Yendor. A game of high difficulty in which we will have to sweat blood to overcome certain highly complicated levels.

The last robbery that Henry has perpetrated has been fatal and he is now in jail. We will receive a few camouflaged objects in a cake, and we will have to learn to use them correctly to get Henry out of jail. The graphics are quite unfortunate, but it has a good touch of humor and helps us to squeeze the brain a bit. What more could you want?

The classic 3 in a row of a lifetime, but with a pretty colorful game interface and “Tron” design. According to its developers, it has a fairly fierce AI, with 3 different levels of difficulty and the possibility of playing against a second player. If you like this game you can also try the 3 in a hidden line in the Google search engine.

As the name implies, this little heavy game for Android has a selection of small games to speed up our mental acuity. It is completely Spanish, but unfortunately, the translation is not as good as it should. It also has quite a few integrated ads. In any case, a cluster of mental exercises quite interesting so that the brain does not rust.

The typical arcade of Martians, but with a retro aesthetic very well run and modern. It has a frenetic pace, online mode and a good number of levels. The best of the genre with just 20MB in weight.

A game that takes advantage of the 25MB weight but still happens to offer more than the acceptable graphics. It is a game of defense towers, set in space, where we must build different defenses to stop the waves of an alien attack.

The mechanics are really simple: stick pins in a ball that spins without stopping. All this with care not to collide with any of the pins previously stuck in the ball. The authors say that it is like the snake game for today’s mobiles. I don’t know if it will become so iconic, but it has more than 50 million downloads, and it barely weighs 6MB. A marvel.

If you are the type of person that enjoys puzzle games, then you should definitely try the Flow Free game. This game is a puzzle game that can be played both on Android and IOS devices.

Flow Free is set as a Numberlink Puzzle, and just like most puzzles, it is set on a grid of small boxes, and some of these small boxes often have various colors. The main aim of the player is to link the dots with similar colors by drawing a line between them and ensuring that those lines do not intersect.

Different grid sizes of the puzzle have different difficulties with the ones with the greater number of grids having greater levels of difficulty. However, this game is not entirely free, and there are paid modes as well as time trial modes.

This is another low MB game in the famous Stickman collection. The Stickman Unknown Battlegrounds is a Battle Royale 3D Android game that allows you to customize your character in the game and control them easily.

This is definitely one of the low MB games for Android devices you should try. It has amazing graphics despite its low MB, which is another thing that makes this game amazing.

This game is a classic bubble shooting game that I am sure almost everyone is familiar with from their childhood. Just like all other bubble shooting games, all you have to do is shoot a bubble to match at least three similar color balls to obtain points.

This game comes with more than 290 levels for players. Players can also decide to submit their scores to the global leaderboard to compete with players from all around the world. Arcade mode and the puzzle mode are the two main modes of this game.

If you are the type that enjoys shooting games, but you do not have the space to install popular games like CODM or PUBG Mobile or Fortnite, then Modern Sniper is a great game for you.

This game has the amazing graphic quality for a game of such a small size. Players can also choose from a wide range of weapons in the in-game armory. More than 50 missions are available for players with six different maps for various missions.

What do you think of these low MB games for Android? Now you can not say that you have no space to try them. What is your favorite? 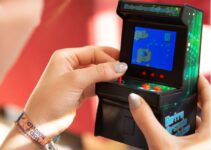