Player Unknown’s Battleground which is also commonly referred to as PUBG is generally regarded as one of the most played and most popular games on PC, Consoles, and also Mobile devices. PUBG is a battle royale game that follows the Last Man Standing rule and I am quite sure that every gamer out there has heard and at least played this game before. This game boasts more than 25 million sold copies as well as more than 5 million active players.

Update: PUBG Mobile along with other 117 Chinese Apps, has been banned by the India Government due to security and privacy reasons. You can read the full list of Banned Chinese Apps in India.

Although PUBG was initially designed for just PC and Consoles, due to the incredible rate of growth of its popularity, the company released a mobile version of PUBG for mobile devices in China with Mandarin as the default language.

At first, PUBG mobile did not have as much popularity as expected of a game of its caliber due to the fact that Mandarin was its default language and there were some bugs in the game engine.

However, once the game was released in other languages including English and the bugs and game engine were fixed and updated, the game quickly became one of the best and most popular FPS battle royale game on Android and iOS mobile devices.

Another amazing action game for android is Fortnite. Fortnite is one of the most popular and most played games of all time. It is a very similar game to PUBG but it has a more creative platform and more in-game content than any other Android games you will find out there.

In the game, the main goal is that you become the last man standing or kill the greatest number of opponents in the stipulated period of time. It also has more than one mode so you can enjoy the other modes including the 50v50 mode.

One of the things that make Fortnite unique among the many online Battle Royale games out there in the building process involved. Players can “farm” materials by breaking down the items they gather all around the map. These materials can then be used to develop structures for various purposes.

Currently, the most popular and well-known game from all around the world is Call of Duty: Mobile. This game has everything that should be in an action game and more.

It is an online shooting game with more than one PvP mode. This game has incredible graphics and it is highly detailed so you will definitely enjoy yourself if you are playing this game.

Just like PUBG and Fortnite, it also has a 100 player battle royale where the winner is the last man standing. It also has multiple MP modes that are very similar to Modern Combat.

When we are talking about action games this year, Call of Duty: Mobile is definitely the best.

If we are talking about games that look like PUBG the most, Rules of Survival would definitely be among the top three.

Just like in PUBG Mobile, players will be dropped from an airplane and start gathering items and weapons that will aid their survival in the game as long as possible. They will also have to kill their opponents in order to become the last man standing.

Rules of survival however boasts of having more weapons and vehicles and a maximum number of 120 players at a time. Although it is not as composed as some other battle royale game on this list, but this increases the element of chaos in the game which can be pretty great.

Another amazing game that is just like PUBG Mobile is the highly intuitive and appealing game known as Knives Out.

In an effort to make sure that all the battle royale games of this game are not the same and make them more unique, some new locations like train tunnels, Sno-capped mountains were included in the game’s map.

Most of the game’s actions and controls are similar to that of PUBG Mobile. Players will have to pick of items and weapons to ensure their survival in the games as long as possible. They also have to keep eliminating their opponents as well as escaping the consequences of being outside the closing arena.

This game boasts of an amazing aesthetics that will sure attract gamers. The game has been installed on more than 10 million mobile devices. The graphics of this game is also one of the things that will definitely attract players.

Battlelands Royale is one of the most popular and most played 3rd person battle royale shooting games for mobile devices that you will find out there.

Although, its storage size is not as huge as some of the other names on this list it is still a pretty great battle royale mobile game. Players are dropped into a location for a game that will last three to five minutes.

The game has a maximum number of 32 players at the same time and it is also a last man standing kind of game. And just like other battle royale games, you are expected to pick up items and weapons that you can use to eliminate your opponents and ensure that you last as long as possible in the game.

This game also features some character upgrades as well as the typical closing game area seen in most battle royale games.

Creative destruction is another mobile game that looks very similar to PUBG Mobile.

The game also has a big map with various landscapes as well as building structures just like PUBG Mobile. Also, it has a maximum number of 100 players in each game.

Just like in PUBG Mobile, players will be dropped from an airplane and start gathering items and weapons that will aid their survival in the game as long as possible. They will also have to kill their opponents in order yo become the last man standing.

This particular game is very similar to PUBG Mobile, but it is designed in Pixel form.

So if you are a fan of Pixel art, you will definitely enjoy this FPS battle royale mobile game for android. However, even though Pixel’s Unknown Battle Ground is very similar to PUBG Mobile it does not take nearly as much storage space as it.

Its pixel form of the display ensures that the game’s graphics can be properly displayed in both high-end phones with big RAM and lower-end mobile devices with smaller RAM.

Just like in PUBG Mobile, players will be dropped from an airplane and start gathering items and weapons that will aid their survival in the game as long as possible.

They will also have to kill their opponents in order to become the last man standing. This amazing Pixel game also features an in-game chat between players.

I’ve listed all the Games like PUBG Mobile that can be played on your mobile. In my opinion, the best alternatives to PUBG Mobile are Call of Duty: Mobile and Fortnite. 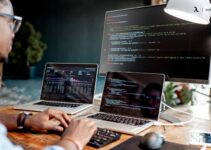