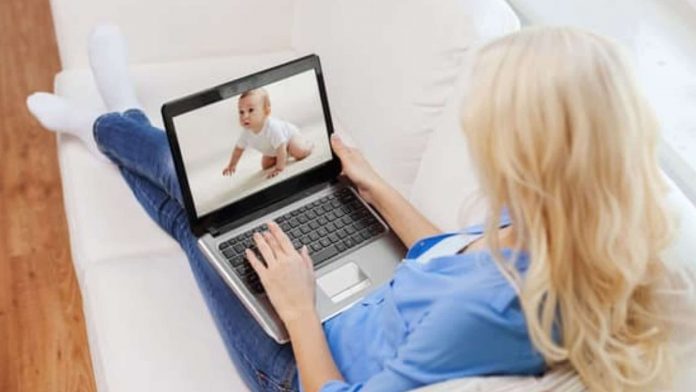 If you have a PC, then I am sure you are quite familiar with the fact that all these default video players that often come with various Windows OS systems. The default Windows Video Player is often restricted in its features and this does not meet all the video playing needs of PC users all over the world. Most times, the default video player for Windows does not have a user-friendly interface and they do not always support a lot of video formats that you want to play on your PC. These players do not often come with the advanced tools and features that will help you get the best quality visuals and sound of your videos on the PC. This is why it is often good to install another video player for windows to suit your PC video playing needs.

This amazing video player is able to play a wide range of video formats in high resolution (up to 8K). You can also watch your videos, clips, and movies in a 360-degree format. It can also be used to play a video that is in a compressed file format.

This video comes with an array of advanced tools and features. The settings of the video can also be customized to enhance the audio quality and playback speed.

You can also add filters to your video with this video player. This player also supports synchronous subtitles which you would need to understand your video better.

Pot Player can be used to play video of any format and it will also update codecs when required without having to import any external codecs.

One of the features that make this player special is the #D feature which enables users to view videos in 3D when they use their 3D glasses. This player has a simple and easy-to-use user interface.

GOM Media Player is the name of one of the best video players on windows. This player is famous for the amazing level of customization it allows its users.

With this video player, both beginners and professionals will be able to customize their video playback with ease. This player features a codec finder that can be used to look for any codec needed whenever the player does have that particular codec. It supports a wide range of video formats including AVI, TS, MPG, FLV, MKV, etc. as well as playlist formats like .asx and .pls.

GOM Player also comes with its own subtitle library where you can download subtitles for your TV Shows and Movies and any language you want. You can also decide to connect this player to Opensubtitles.org to get your subtitles from their database.

KM Player is a pretty amazing video player that has managed to make its way into our list of the best video player on windows. With this media player at your disposal, you can play almost any kind of mainstream video format and audio format.

It also comes with a codec for Windows 10, so there is no need to search for any other codecs. However, you can decide to include an external codec to improve the compatibility of the video formats.

KM Player can support video quality of 3D, 4K, and UHD, so you can watch videos at high definition on your PC.

This particular video player is the perfect choice for people that enjoy watching movies on the PC. This will make your movie watching more amazing with its incredible full-screen interface.

The 5K video player is one of the best video players for PC. With this video player, you will not just be able to watch videos but also manage your entire video library.

When using this software, you will be able to access your entire video collection from the software. You can choose which video you want to watch from here so you do not need to search the entire hard drive.

The 5K Player can also be used to stream videos straight from YouTube and also use Apple’s AirPlay to view videos on more than one device.

This player is also able to support any kind of video format you want to watch such as 8K videos and 360 degrees. You will also be able to customize the video and audio effects of your video.

The Media Player Classic is a free software for windows that can be used to play almost any kind of video format.

Although you might say that this particular app is old, it is still one of the best video players on windows and it still supports most modern media formats. However, it still does not support some advanced format.

This player also supports most codecs without adding any external codec. You can also use the playback feature if you are playing it from an external drive or disc.

This is one of the few video players on this list that can be used to listen to audio contents as well as watch video content. This implies that you can decide to either watch a movie on this player or just play music on the software.

You can also adjust the subtitles as you see fit and customize the playlists. You can also screenshot images when watching a video. Other features include graphic equalizers and other video effects.

Plex is a video player that is capable of doing much more than the ordinary video players on this list. This particular player is an amazing all-in-one media sharing server that can be used to share content from your PC to other places around you.

Plex is not just a video player but also a media library where you can access and manage the data on your PC. Plex is compatible with both Windows and iOS devices. This player supports a lot of advanced video formats including MKV, AVI, MP4, and MPEG.

The next software on our list of the best video player for PC is the DiVX player.

It is often said to one of the first media players to support free HEVC playback. This amazing video player is capable of playing many video formats including MKV, AVI, and MP4.

It comes with some amazing features like the Trick Play which allows viewing your favorite scene consistently by jumping from one to the other and the Resume Play feature that allows you to resume your video from the last point you stopped watching the last time you viewed it.

MediaMonkey is a relatively new video player as compared to most of the other players on this list.

This video player is also commonly referred to as MMW (MediaMonkey for Windows). This software comes with a lot of amazing features that earned it a place on our list of the best video player for windows.

The Real Player is not just a video player for playing videos, you can also use this particular software to download videos and convert then to the mainstream formats.

Another special feature of the Real Player is being able to convert video content to MP3 and listen to them anytime you want.

Parma Video Player is a very highly rated video player for windows on Microsoft Store which is why it is on our list of the best video players for windows.

Similar to some other video players on this list, this software also has its own video library which enables you to access all the videos on your hard drive. This video player supports all the mainstream video formats and subtitle synchronization.

The last name on our list of the best video player for windows is Movies and TV which is a very familiar name for windows 10 users.

This is mainly because it is the in-house video player that often serves as the default video player for Windows 10. This player has a pretty simple design and user interface.

It also supports a few video formats and 360 degrees views. This player comes with some special features such as compatibility with Xbox.

In this digital era, the time of TVs almost gone because people love to watch TV Shows, movies, and other videos on their personal devices like PCs for Entertainment. Because it gives some privacy about your content and no disturbance to others. So, I’ve listed all the Best Video Players for Windows PC to watch videos online or offline.

Best IPTV for Firestick and Fire TV in 2021

The Best Google Chrome Flags for PC in 2021

What is a Virtual Phone Number & How to get one?

Best IPTV for Firestick and Fire TV in 2021