Here in this article, I am going to list all the best Android Camera Apps that can enhance the photography experience on your Android phone.

Smartphones will never be on the same level as professional cameras such as SLR cameras, the fact is that they improve considerably every year and millions of people use them to replace real cameras. But if on the one hand, some more expensive top of the range such as iPhones and the flagship models Samsung and Huawei take spectacular photos, on the other hand, another top of the range but above all the cheap mobiles do not have such a satisfactory camera.

What are Android Camera Apps

Why to Use Camera Apps on Android Phones

Few know, however, that this aspect on Android smartphones can be improved with Android camera Apps and it is not only a question of hardware that cannot be changed. On the app stores, in fact, you can find alternative camera apps for Android to be used in place of the stock (i.e. pre-installed), capable of improving photographic performance and making you record better videos.

In fact, there are devices with very thick sensors for photography (such as some Sony and Xiaomi), but with software that has not been properly optimized to exploit its full potential. Using the best android camera app, things can improve a lot. The photo apps are available for download on the Play Store, both for free and for a fee, depending on the features present and the decisions of the developers.

The beauty of Android is being able to change anything with free applications, and the camera is among them. And you don’t even need Aptoide or other alternative markets to find the best alternative Android camera apps available for free to create and edit images and their parameters like a real advanced program.

These are the Best Android Camera Apps:

Available both for a fee and for free with reduced functions, Camera FV-5 is an Android camera app for which the developers have focused everything on professionalism. The strong point of this application is not an intuitiveness or graphic interface. But the innumerable functions that serve to capillarily customize every single parameter of the photos.

The manual controls are practically all there and thanks to them you can adapt your smartphone to any situation and type of photography. With buttons and adjustment bars, everything is at your fingertips and a tap is enough to access the various features. Color charts and real-time adjustments will enrich the user experience and allow you to know how the photos will look before you even take them.

There are also functions for a time-lapse, automatic photo shooting with timer and point and shoot. Different formats can be chosen, from the common JPEG to the more professional and lossless RAW, with the possibility of capturing in PNG and RAW simultaneously. It is possible to shoot with a touch or to program the physical buttons, remapping them to assign functions related to the camera app.

Camera Zoom FX is also available for both paid and free use. It is one of the most rated Android camera apps by users who have tried it. The user satisfaction for a complete and never difficult to use camera app is truly incredible. In its Premium version. It has everything, and therefore it ranks among the applications with the greatest possibility of customizing the shots.

It has professional manual controls that go to the sides of the interface and become more detailed and complete as you access the various submenus. The effects can be applied in real-time, so no need to take the first photo. There are so many predefined shooting modes that even without manually setting the controls you will get the desired result.

And there is even an innovative image stabilizer to never make the shots move, in case your smartphone often has this problem. The interface is not extremely intuitive given the huge amount of commands, but it is also customizable and therefore the problem can be easily solved. In addition to being a camera app for android, it is also an app for editing photos, with effects, frames, and much more.

This Android camera app unlike many others is focused on the free version. So you will not find limitations that could make you turn up your nose and without spending a buck you will have a full version and with every comfort. Camera MX  has been downloaded over 20 million times and is therefore among the most used.

And the feedback from these installations has proved extremely positive. There is therefore little doubt about its efficiency. When an Android camera app is full of features, it is difficult to create an interface that is beautiful to look at but above all intuitive.

Yet the developers of this camera application have succeeded. It doesn’t focus on manual controls that much but has incredibly innovative features. MX Camera also has features focused on videos, including slow motion and creation as well as personalization of animated GIFs.

It can take a burst to create mini videos or let you choose the best shot, apply filters in real-time or edit photos after the shots. The photo optimization is automatic according to the conditions to always get the best shot from this Android camera app without acting on manual controls.

The camera app known as ” A Better Camera ” is a sort of middle ground between intuitiveness and professionalism. It offers advanced functions and manual controls, just enough to not mess up the user interface and make it difficult to use. Thus, even novices will be able to easily change the parameters according to their needs. Among the most important function is night mode to shoot even in poor light conditions by reducing digital noise and maximizing detail. It has features like burst mode, preshot for effects in real-time, panorama mode, and much more.

The Super Mode automatically adjusts the various calibrations to obtain the best performance, depending on the scene we photograph. While the HDR functionality manages to improve the colors a lot by capturing great detail even in areas that are too light or too dark. It also manages to capture very well moving objects, people, or animals.

The name also suggests it: an Android camera app that tries to emulate real DSLR cameras. It is an app dedicated to bare and raw professionalism. You will not find effects, frames, and other useless things for real experts, but only manual controls for real connoisseurs. DSLR Camera Pro, therefore, manages to be light, fast but at the same time offers the chance to personalize everything in the photos.

It has manual controls of all kinds, from ISO to exposure, passing through white balance, autofocus, and flash modes. You can change the type of scene, have histograms in real-time, take geo-localized photos, and much more. If you are a layman in this area, we do not recommend it. But if you are a photographer, this Android camera app could become your paradise from now on.

A free and even ad-free camera app: the right choice for those who want a  free version. You won’t find many such applications in your life because developers practically always need to make money from their applications.

Nonetheless, the functions of Open Camera are good or bad those of the professional paid camera apps. There are many manual controls between white balance, ISO, exposure, scenes, focus and so on. It is able to perfectly stabilize photos with a sophisticated automatic algorithm and allows you to take photos by voice command or whistle. Alternatively, physical buttons can be used in addition to touch.

The interface is customized in detail and can also be adapted for left-handers. It can take geolocated photos and has an advanced HDR. It also supports Android Camera2 APIs with focus distance adjustment, manual ISO, exposure time to be set manually, and support for the RAW format .

GCAM, better known as Google Camera, is the legendary Android camera app found on Pixels, i.e. Google smartphones. It is the choice most valued by modding experts to unlock all smartphone camera features and sometimes improve them immensely compared to the default camera app. It is used to improve considerably especially cheap smartphones and offers the HDR + function that improves colors exponentially.

However, only special users can install it, or those who have the time to follow a tutorial and know what they are doing. The procedure shares many points in common with the procedure for installing a custom ROM, including unlocking the bootloader and installing a custom recovery such as TWRP. The tutorial varies from smartphone to smartphone and is not for everyone. But on the other hand, since we are going to change the operating system at the root, the functions will be much more advanced and satisfying than normal camera apps.

It is not available on the Play Store and must be downloaded externally. You must, therefore, download the version for your smartphone and follow the dedicated installation guide, and it doesn’t necessarily mean that it works (we suggest the XDA Developers website to find it). We are not responsible for any problems created by installing the Google Camera.

In the modern Android Flagship phones, cameras are awesome but the main problem is with mid-range phones. So, here in this situation, these Camera Applications can enhance the photography experience on your Android mobile phone. 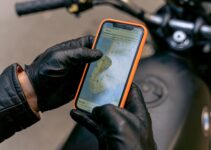