Mac PCs are famous for being very reliable and refined. However, just like other kinds of PCs and Computers, Macs often slow down as they get older. This is as a result of the clutters and digital debris that has accumulated on the Mac over time. In this situation, a lot of people will choose the easiest method to optimize the performance of the Mac; that method is cleaning up the PC’s processes and storage. Another set of people might decide to go for the more nuclear option, which is a full system formatting and reinstallation. While a full reinstallation is a good idea in some situations, in most slow PCs, Cleaning out the PC is enough to optimize its performance. In order to efficiently clean out your Mac, you need to find the Best Mac Cleaner Free to handle this situation and get your Mac in peak condition as quickly as possible.

Finding the best free Mac cleaner can be a daunting task, but it is a very important task. This is not just because of what a good Mac Cleaner free software can do for your system but also to ensure the safety of your Mac. Although the simple fact that software is on Mac App Store means it has been thoroughly vetted by Apple, but there are still some malicious pieces of software that sneak past this vetting process and harm your PC or steal your data. A while back, a Mac Cleaner Free software is known as Dr. Cleaner was exposed for illegally gathering users’ data from their Mac and sending it to a specific address. However, this is nothing to worry about for now as Dr. Cleaner software has been removed from the Apple App Store.

In order to help relieve you of this daunting task, we have compiled a list of the Best Mac Cleaner Free for cleaning your Mac PC;

CleanMyMac X is generally regarded as the best Mac cleaner free on the Apple app store. It is also one of the most popular and widely used Mac Cleaners around. This cleaner comes with a number of additional features along with its cleaning features.

CleanMyMac X can be used to get rid of any malware on your Mac and also enhance the performance of its memory. This will, in turn, boost the general period of your PC. This is definitely one of the best choices of software for boosting your Mac PC’s performance while cleaning out its junk files and processes.

This piece of software uses a range of algorithms to provide full security against any form of malware that will have a negative effect on your Mac’s performance. This is possible because the software eliminates junk caches, broken files, logs, and also localizations. CleanMyMac X offers both free and paid plans. Although users will get a great experience with the paid version, the free version is still considered to be one of the best free Mac Cleaner.

DaisyDisk is a software that will provide users with a clear visual representation of their Mac’s storage system with the aid of charts. This will allow users to immediately find the flaws in their storage system and fix it accordingly. This will let you see unnecessary folders and files that are using up your storage. Unlike some Mac Cleaner free, users of this software do not need to use another tool to remove the unwanted files as they can just use DaisyDisk to get rid of them easily and efficiently. This software boast of an intuitive user interfaces with an incredible visual display of the storage system on Macs.

DaisyDisk can also be used to scan multiple disks simultaneously with great efficiency. This software also features the QuickLook feature that enables people to preview the app content on the developer’s site or Mac App store before they download it. This will allow them to get a feel of how the app looks like before they download it. It also offers both free and paid versions, so users can try out the free version to see how effective it is for their Mac before getting the Paid version.

Just like the previous versions of this software, MacBooster 7 has earned a spot as one of the best Mac cleaner free of its time. This software comes with a wide range of features that make it one of the most popular Mac Cleaner out there right now. With its Deep Scan feature, this software will efficiently clean up any junk file on your Mac. MacBooster 7 also features protection against spyware, adware, malware, and virus. It will help you eliminate any duplicate files on your PC.

If you are looking for software to uninstall unwanted apps on your Mac PC, then this is one of the best apps for you. This particular piece of software is only designed for removing apps, widgets (basically small apps), and plugins. Its interface is also a drag and drop, which is pretty easy to use even for beginners.

It also features a leftover section where you can erase any trace left behind by the apps. One thing that earned it a spot on this list is that it is a hundred percent free (but users are welcomed to make donations if they can), and getting rid of unwanted apps will help clean your Mac too.

The interface for this particular Mac Cleaner free is similar to some other free Mac cleaner apps, but it is still one of the best free Mac cleaners around. This software uses a range of scanning features, including Malware Scan, Junk Scan, Privacy Scans, and so on.

Smart Mac Care can be used to get rid of junk files and duplicates to clean your Mac and optimize its performance. It also features a Memory Optimizer, which will help you clean your PC’s memory. So while this software resembles some generic apps in terms of appearance, its functionality and cool features have earned it a spot on this list of best Mac cleaner free.

Isn’t there an inbuilt cleaner in my Mac?

Yes, Mac PCs often have an inbuilt cleaner known as Optimized storage, but it has limited capabilities and will not give you the same level of cleaning as the Mac cleaner software we mentioned above.

Will these Mac cleaners delete my important files?

Generally, the best Mac cleaner apps will have inbuilt protection that will help make sure they only select unwanted files and ask for permission before they delete them permanently.

Can my Mac be slowed down by Mac Cleaners?

There are some generic Mac cleaners that will slow down your Mac by putting an extra burden on its memory, but if you use a good Mac cleaner like the ones mentioned above, this will be avoided. 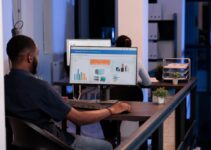