Xiaomi has confirmed in a recent announcement, that they are working on their new User Interface – probably MIUI12. Also, Xiaomi teased a logo earlier this year for its new UI – MIUI12. They revealed this news to the public during the event last year while unveiling Redmi 30. So, here is the list of Xiaomi, Redmi smartphones that are getting MIUI 12 Updates.

Xiaomi has confirmed the development and released a teaser of its latest MIUI12 UI and planning to release somewhere in the last quarter of this year. Experts are expecting the MIUI 12 Updates will be based on Android 11 and will be including features like – system-wide dark mode, a new graphical user interface, and support for clone apps among other things.

According to a report published by the Adimorah blog, around 50 MI Smartphones will be going to get the Updates of MIUI12 by the end of this year.

We may see the following features in the upcoming MIUI Update:

Below in this article, I am listing the expected list of smartphones that are going to get the MIUI12 upgrade later this year. Once the MIUI12 will be officially launched, all these phones will be able to Download MIUI 12 via Phone’s Update features under settings.

As I mentioned above that almost 50 smartphones from Xiaomi, RedMi and RedMi Mix are getting updates of the latest MIUI 12 by the end of the year and the list is here.

The list of Xiaomi smartphones those are expected to get MIUI-12 update are:

The list of Redmi series smartphones that are expected to get the update are:

The list of MI smartphones that are expected to get the MIUI update are:

Please note that this is not the official list of smartphones released by the MI, we have collated the list of sources available in the public domain. 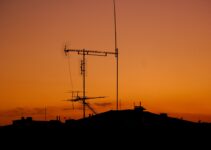