Home
How to Guides
SSD vs HDD vs SSHD – Which is Best for Your PC?

Here I am going to compare the SSD vs HDD vs SSHD along with their features, prices, advantages & disadvantages.

In general, every time you want to update your computer or simply buy a new one, you start to have a big question about what kind of features you want to add to it so that it begins to work much better. One of them is about what type of hard drive to use – SSD or HDD. One of the most important pieces of any electronic device is its storage capacity, which is why we must pay close attention to which unit we want to choose.

Choosing A SSD vs HDD

When you want to buy a new computer or you are just mounting a computer from scratch it can be difficult to know what type of storage unit you should choose, be it an HDD or SSD. In this case, it is important to be clear about the use you want to give your computer and how much information you want to store there. In addition, you should bear in mind that both units can also be used simultaneously, but this will increase the cost of the equipment or its repair.

Here we will explain a little about what each of these storage units is for either your laptop or desktop computer, as well as each of the differences between SSD and HDD. All this with the aim that you can choose the one that best suits your needs so that you can enjoy your computer in optimal conditions and with the best possible performance.

The hard disks are known as all storage units in a computer and have a large number of specifications regarding its speed, capacity, and interface. Here, we will show you which units exist according to their access speed.

HDD drives are the cheapest on the market, ideal for all those users who need an external or internal hard drive at a fairly affordable price. Also, it is important to mention that this is the most traditional and least fast. Therefore if you want to have enough memory but at a low price, you can buy an HDD.

Known as a solid unit, with it you will be able to achieve higher speed in performance, as well as other advantages that will make you have better performance on your computer.

When you want to choose any of these access speeds, it is important that first of all, you choose the one that suits your budget, since with any of them you can get good results.

A unit considered very fast and with excellent results and it can be said that it is the definitive solution for users to achieve the desired storage performance on their equipment with which they can obtain better results in the functionality of the computer. This unit is in charge of combining a solid-state hard disk (SSD) and hard disk drive (HDD), in this way it has been possible to merge both units achieving quite effective results.

What is a HDD (Hard Drive Disk) and what features does it have?

The HDD is the traditional rotating unit of computers and whose mission is to serve as the non-volatile storage of the equipment. In other words, this disc is the one that ensures that the data recorded in the system memory does not disappear when the computer is turned off.

Hard Disk Drive (HDD) storage device uses a magnetic recording system to save digital files and is made up of either one or more rotating discs all linked by the same axis and rotating at high speed in a metal box.

This unit has generally been the traditional storage medium used by desktop computers . This disk rotates at high speed while the magnetic head that is located on a mobile arm is reading and writing all the data of the system so that they can be saved.

It can store files, programs, documents, games, among others that are on the computer. It works with a speed of 7,200 rpm , although some of these discs can reach speeds of up to 15,000 rpm.

You can see this number as part of the computer specifications. The higher the speed of the hard disk, the greater the read and write operations. Here we present to you what are the main advantages and disadvantages of using HDD (Hard Disk Drive).

Among the main advantages that you can get when using this unit on your computer you will find the following:

However, using this unit also brings you some disadvantages that it is important to keep in mind.

What is an SSD (Solid State Drive) and what features does it have?

SSD, also known as a solid-state drive, it is the newest model of storage released to the market. Its main function is to use solid flash memory as the main storage unit instead of spinning the disk. It is mainly characterized by offering different advantages to each of its users, especially for having a reduced size and a higher speed.

The high-speed of computers is the main benefit of using the SSD storage unit. It accelerates the search procedure for the data of the readings and you do not have to carry out the defragmentation process whether they are continuous or not the data the units will work correctly without causing delays in obtaining them.

SSD also offers greater resistance to both shocks and vibrations. As well as lower power consumption, which means that you will need less power to be able to work and finally it causes less noise than other units.

As for their operation, these SSD hard drives have two memory areas. One of them is responsible for storing all the information even if the computer is turned off. While the other, which is much smaller, acts as a cache accelerating all access to the system so that it can work much faster.

All this is managed by a governor who acts coordinating these elements so that you function correctly. In addition, it has several memory blocks that act as a miniature RAID to be able to improve both the speed and avoid the failures of the unit.

In addition, it has a wide variety of hard drives that are classified in two ways, either according to the technology used in their manufacture or according to the connection to the PC . It also has its advantages and disadvantages which we present below:

Using an SSD hard drive for your computer will undoubtedly offer you a great number of advantages with which your equipment will have a better performance.

Like all devices, it also has some disadvantages which are important to keep in mind when you want to choose this unit for your computer.

Main differences between an SSD and HDD hard drive

Surely you have doubt of which of these two storage units is the best for your computer, for this, it is important that you know very well the operation of each one as well as the differences between them, so you will be able to decide which of the two adjusts more to your needs, taking into account that one is much more modern than another.

Thus, here we present the main differences between an SSD and HDD.

This is perhaps the most important difference between the two drives, and that is that the SSD has a faster loading speed than the mechanical drive. This is how the SSD can start an operating system in at least half the time that a 7,200 rpm HDD requires. And in terms of reading and writing data, it can triple its speed.

Therefore, having a faster storage unit will give you better results when using your computer, this can become a fundamental part of choosing which disk to use.

It is important to know that SSD drives are much more modern than HDDs. Therefore, these have greater capacities, as well as greater advantages when using it, which will make its price much higher.

In this way, the cost of this unit can become a limitation for the user, especially considering that the price of a 250 GB SSD can have the same value as an HDD unit of at least 3 TB.

SSDs being a newer unit and not having moving parts like HDDs do not usually cause any type of noise during operation, as well as vibrations that can cause some type of damage.

While older mechanical units do cause noise and vibrations, it is important to clarify that these noises are also not extremely loud. However, it is still an important difference between the two devices.

The lifespan of SSD and HDD has a comparable difference. The SSDs, despite being more modern and more advanced, their useful life is much less than the HDDs. It is something that depends directly on the amount of data stored on it since each of its cells only allows it to be written a certain number of times. Therefore, if you tend to handle a lot of information, having one of these more current units may become a problem in the future.

Solid units are usually much more reliable, this is because they do not contain moving parts or mechanical parts that with a blow can break and cause damage to the device, which will make its useful life wear more quickly.

SSD vs HDD: Which is better to buy?

This will depend a lot on the use that you want to give to your computer, taking into account all of the above you can find out how much each of them offers and what are its main benefits. Therefore, if you tend to be one of the people who use large amounts of documents, files, programs and require large storage space. It is recommended that you continue to use mechanical units.

It is also important to consider the amount of money available, if you have a low budget and want large amounts of storage, HDDs will be your best option.

However, it is important to know that by using this type of unit you are having a greater storage capacity and not high speed.

But, if you are one of the users who does not usually save large amounts of information or programs and you want to have a computer with a high speed, you can use the SSD disks. Your computer can last for years presenting a great speed in your operating system with these drives.

This solid unit is recommended especially for all those people who work with multimedia content or use their equipment to store different games. This will help you to run much faster without any interruption.

However, nowadays it is possible to combine both devices in a single computer, where you can use the HDD as a secondary drive while the SSD as the main drive of the computer. This will give you the most ideal conditions for storing any type of file on the system. 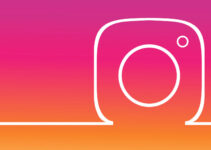